Simcha Shirman, a worldwide famous photographer, first met Krystyna on a winter evening of 1992. A Polish woman who was murdered in Auschwitz, she had the most beautiful face among the portraits in the death corridor of block 6. That was a love of first sight and since then, for almost 30 years, Krystyna became Shirman’s inspiration, lover, best friend and a major axis in his work, exhibited all over the world. Then the archive mistake was revealed: Krystyna is in fact a Jewish woman who survived the war and lived in Tel Aviv, right near Shirman’s gallery. The artist has to deal with the loss of his Muse, brutally murdered by the reality in an unbelievable twist of fate.

Yad Vashem – Valley of the Communities 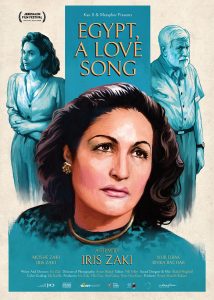